When I was taken to see Matilda the Musical at the end of last year, I’ll admit I was expecting something similar to the film from my childhood.

I couldn’t have been more wrong. 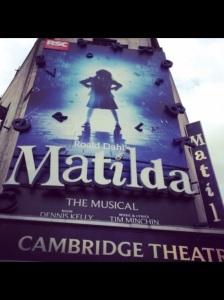 From the very start I fell in love with the music, the lyrics, the actors and of course little Matilda. The show moved at such a fast pace, the audience were transported to Matilda’s brilliant brain and her naughty temptations. It permitted us to reach out, become petrified of Miss Trunchball; become as mischievous as Matilda and fight for the chance to be a little bit naughty.

So it seemed the logical thing to visit the show again and be spell bound in Roald Dahl’s imagination. It was even better second time around. I knew the songs, I understood the story and because of all of this I was able to focus on smaller things, to really listen out for some fabulous lyrics, spot clever set designs and incredible acting. 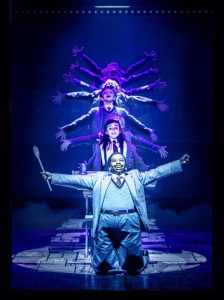 The show portrays the very best aspects of childhood, when we dreamed of eating sweets on our way to work or watching cartoons until our eyes went square. But now that I can, it just doesn’t have the same appeal. The only advantage is I don’t have a teacher like Miss Trunchball nor Parents like the Wormwoods, for that I count myself very lucky.

Matilda was outstanding, with that one little girl stealing the show. Its the cleverness of the choreography, the lyrics and of course the acting that makes this play stand out from the rest.

Matilda the Musical is playing at the Cambridge Theatre, London.