It’s not often I head to the theatre without really knowing what I am about to see, yet as I entered the Royal Exchange Theatre at the heart of Manchester; I knew nothing of the tale to come.

An adaption of three of D.H. Lawrence’s plays, Husbands and Sons may be titled with the patriarch, but the play itself I felt showed the strength and struggles of women. It was a celebration of the matriarch, the centre of each family who brought the individual tales to work as one. It may centre around a coal mine, but the overriding struggles are the people of this community, not the harsh surroundings they undertake. It showcases a world of physical labour, fierce pride and a sense of worth, but at what cost to the human race?

The production triumphed in its use of the stage, set in the round, the set becomes very intimate, stretching out towards the audience; allowing us to feel ever closer to the events we witnessed. The portrayal of each character, showing their strength and weakness echoed through the play as the tale span out before our eyes. 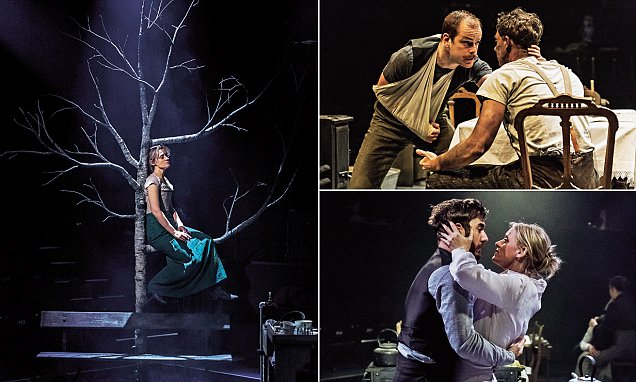 It’s certainly not a production to miss, Husbands and Sons plays at the Royal Exchange Theatre until 19th March 2016.